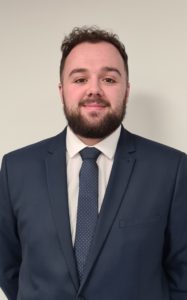 Josh Carpenter is a former student of Adams’ Grammar School in Newport, and Madeley Academy in Telford.

He has previously worked in the invoice finance and central finance departments at Lloyds Banking Group, and has a BA in Political Science and International Relations.

In addition to his time at Lloyds Banking Group, Josh has also previously worked with the Envision charity in Birmingham, coaching underprivileged students with business skills.

And he has a level one Mandarin language proficiency grade, achieved at East China Normal University.