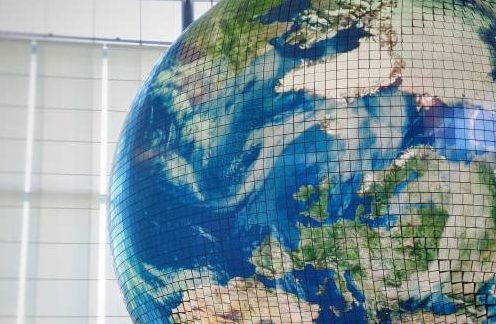 The agreement means that the BCC Global Business Network now includes 49 British Chambers around the world – doubling the strength of the network in markets worldwide.

The move creates new connections and support for both UK and European businesses, at precisely the time they need them most.

With the nature of the UK’s future relationship with the EU still uncertain, the British Chambers of Commerce and COBCOE have taken a strategic decision to bring their networks together – ensuring that firms have a front door not just in every region and nation of the UK, but in major capitals and commercial centres across the European continent as well.

Thanks to the move – led by BCC President Francis Martin and the COBCOE Board – both UK firms and European firms will be able to harness opportunities for trade and access practical advice, support and connections to keep trading across borders, regardless of political change.

“We are delighted to welcome so many new members from across Europe into BCC’s global business network.

“From Manchester to Madrid, Aberdeen to Amsterdam, and Belfast to Bucharest, the British Chamber network will be best-placed to help firms trading across borders in Europe and beyond.

“Our Global Business Network supports two-way international trade and provides practical solutions to trading challenges. Expanding BCC’s membership to include overseas British Chambers across Europe means that we will now be able to assist businesses practical support, advice and connections in almost 50 countries all around the world.

“As we face the challenges and opportunities of Brexit, we can think of no better business response than delivering practical, real-world connections between countries all across Europe and the regions and nations of the UK.”

“The fusion of COBCOE members into the BCC’s Global Business Network creates an unrivalled business network with a truly global reach.

“British Chambers of Commerce across Europe have a long and important history, supporting businesses trading across boundaries for many decades, and representing the interests of both British and European businesses.

“This agreement – which was unanimously approved by COBCOE’s membership – will enhance and grow those connections, boosting connectivity between UK and European businesses and creating new opportunities at a time of great political uncertainty.”

Prior to this agreement, the BCC Global Business Network already included 27 British Chambers of Commerce worldwide. Working together with the 53 UK Chambers, these overseas British Chambers offer businesses international business-to-business connections and services through trusted partners.

COBCOE is the membership organisation for British chambers of commerce and business associations in Europe. With members in most countries across the region, COBCOE represent a unique network of thousands of businesses – the only pan-European British business network.

The agreement between BCC and COBCOE

The 25 members of COBCOE will be joining the BCC as Non-UK Members and will participate in a newly-formed International Assembly that will inform BCC’s international trade policy, representation and campaigns. In addition, a COBCOE representative will be co-opted onto the British Chambers of Commerce Board to ensure the successful integration of the COBCOE members into the BCC.

The benefits to companies

Companies who are members of accredited Chambers in the UK now have access to both a European and global network of British Chambers, and vice-versa. This provides contacts and support in nearly 50 countries worldwide to ensure businesses have the right introductions and support in these markets, as well as helping them with brand profile and advice. Companies interested in accessing the Global Business Network can now do so via their local accredited Chamber in the UK or via overseas British Chambers.

The British Chambers of Commerce (BCC) sits at the heart of a powerful network of 53 Accredited Chambers of Commerce across the UK, representing thousands of businesses of all sizes and within all sectors. Our Global Business Network now connects companies in over 50 countries around the world. For more information, visit: www.britishchambers.org.uk