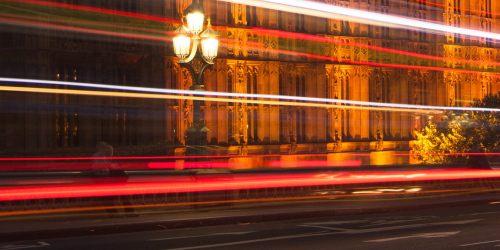 Commenting on the Spending Review 2019, Suren Thiru, Head of Economics at the British Chambers of Commerce (BCC), said:

“There were encouraging words from the Chancellor on infrastructure and a welcome boost for further education. But, despite the big headline figures this Spending Review was limited in scope and detail, highlighting that the ongoing Brexit impasse continues to frustrate much-needed Westminster action on the domestic business environment.

“If the economy continues to slow as many expect, the government’s ability to meet its spending commitments will be limited. While the immediate focus should be on avoiding a messy and disorderly Brexit, bold measures are needed to boost business confidence and stimulate growth – which are critical for businesses to generate the wealth to underpin the tax revenue needed to meet these spending promises.”

“We called on the new government to prioritise funding for further education. This is a welcome step forward, but more is required to provide the quality and quantity of technical and vocational courses the economy needs. The government rightly recognises the key role of further and technical education in addressing the skills gap so additional investment in subsequent spending rounds must be delivered to future-proof the UK labour market.”

“The Chancellor called for an ‘infrastructure revolution’: businesses agree – the UK’s transport and digital infrastructure is in urgent need of modernisation. However, today’s statement was long on ambition but short on detail: businesses await the government’s infrastructure strategy to be published later this year. It’s time to stop the delays and press on with transformative projects like Heathrow’s third runway, commit to deliver all phases of HS2 and support industry plans for a shared rural network to extend mobile signal coverage.”

“The acid-test for extra funding for Brexit preparedness will be whether it is used to support businesses at the front line to deal with the practicalities of leaving the EU. HMRC in particular must be given the resources they need to support exporters and importers as they navigate the UK’s exit from the EU.”

“It is inexcusable that three years on from the referendum not a single item of useful information has been published by the government on replacing European structural funds in the UK after Brexit. These funds account for around £2bn of expenditure in the UK each year, financing local economic development and business support schemes across the country. Even the most basic features of the mooted ‘Shared Prosperity Fund’ remain unexplained to businesses, including its objectives, scale and geographic dispersity. Having missed yet another chance to publish its plans, the government can’t stall any longer.”