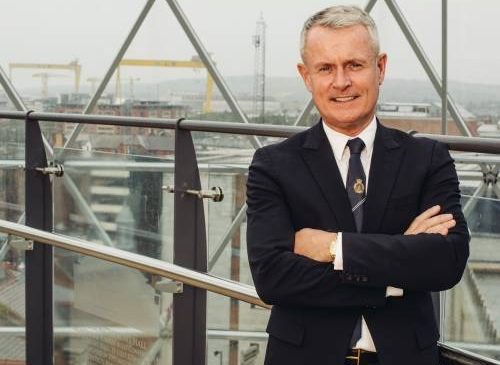 The British Chambers of Commerce (BCC) is delighted that its President, Francis Martin, has been appointed Commander of the Order of the British Empire (CBE) in the Queen’s Birthday Honours list for services to UK business.

He is being recognised for his work as President of BCC, a voluntary role he has held since July 2016; his time as President of the Northern Ireland Chamber of Commerce and Industry; and a wide range of other charitable and business endeavours.

Just this week, Mr Martin led a move by the BCC to bring 24 British Chambers across Europe into BCC’s Global Business Network – further expanding the leading business organisation’s reach and practical, real-world support for trade between the UK and the Continent.

“All of us at the British Chambers of Commerce are delighted that Francis Martin is being recognised for the tremendous contribution he has made to support and champion Chamber business communities, both here in the UK and all around the world.

“As President of the BCC, Francis has dedicated his time, passion and enthusiasm to the needs and interests of Chambers and Chamber members. Francis brings huge dedication to everything that he does – and we are delighted to see his contribution to business and the economy recognised.”

“On behalf of the President, Board and Executive team at NI Chamber, I would like to congratulate Francis Martin on this honour. The award is a fitting recognition of the unique voluntary contribution which Francis has made to economic development in Northern Ireland as a previous president of NI Chamber and more recently as president of the British Chambers of Commerce.

“Over recent years Francis has ensured that the voice of business has been represented throughout Government in Northern Ireland, at Westminster and further afield. He has represented Northern Ireland on the world stage and continues to act as a great ambassador for the region today.”