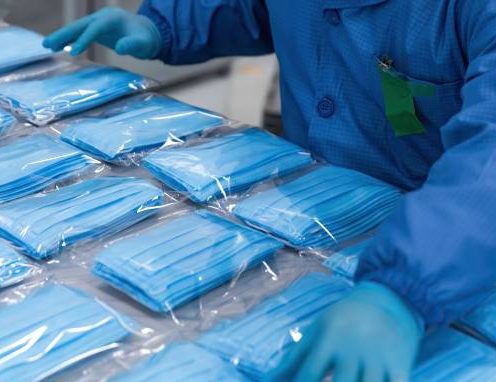 Results from the latest BCC Coronavirus Business Impact Tracker reveal the vast majority of firms surveyed say they will require three weeks or less to prepare to restart operations alongside any loosening of the UK lockdown.

For firms of all sizes:

The leading business organisation’s weekly tracker poll, which serves as a barometer of the pandemic’s impact on businesses and the effectiveness of government support measures, received 540 responses. The sixth tranche of polling was conducted April 29 – May 1.

The Tracker will continue to monitor business attitudes toward the restart of the economy – and the gradual release of the UK lockdown – over the coming weeks.

The number of firms accessing the government’s Job Retention Scheme remains consistent with previous weeks, with around 74 per cent of respondents furloughing a portion of their staff. The scheme remains a crucial support for businesses to preserve jobs and livelihoods.

Encouragingly, since the scheme’s online application portal opened on 20 April, the vast majority of respondents (59 per cent) have submitted a claim and received payment from HMRC. This week’s results do not report any firms being rejected.

At the time of fieldwork:

“Over the coming days, business communities will require clear forward guidance from government on plans to re-open parts of the economy, transport networks, schools and local services.

“Our results show that businesses’ ability to restart quickly varies by company size, and by sector.

“For these reasons and more, it will be crucial for the government to maintain and evolve support for businesses, to give as many firms as possible the chance to navigate a phased return to work.

“While the fight against Coronavirus must remain the top priority, the communication of plans for the easing of restrictions must also begin immediately. The Chamber Network will continue to work constructively with governments across the UK to plan a coherent path forward.”