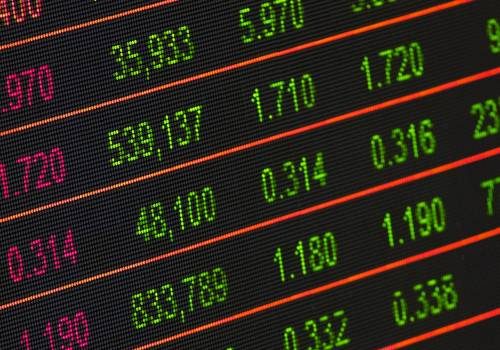 While the leading business group expects that the UK economy will avoid a technical recession and return to modest growth in the third quarter, downgrades to its GDP growth forecast for 2019 and 2020 reflect a weaker outlook for investment, trade and productivity amid a continued lack of clarity over the outcome of Brexit and deteriorating global economic conditions.

Business investment is now forecast to decline by 1.5% this year and by 0.1% in 2020, which together with the decline of 0.4% in 2018, would be the longest period of sustained full-year declines in business investment for 17 years. Relentless Brexit uncertainty and the diversion of resources by many businesses to guard against the chaos of a messy and disorderly Brexit, are expected to limit investment intentions over the forecast period.

UK productivity is projected to be more subdued than in our previous outlook and implies that by the end of 2020, the UK economy will have experienced its weakest decade of average annual productivity growth on record. Anaemic business investment, together with low unemployment, is expected to keep a lid on productivity, with firms expected to rely more on hoarding labour than investing in new technology given the heightened political and economic uncertainty.

The UK’s net trade position is forecast to weaken over the period as companies face the combined headwinds of relentless uncertainty on the UK’s future relationship with Europe, weakening growth in key international markets and mounting global trade tensions.

The BCC’s economic forecast assumes a messy and disorderly Brexit is avoided. A no-deal exit would lead to major, sudden and unanticipated changes for the UK economy and would lead to revisions in our next forecast.

The persistently listless growth forecast reflects the impact of a slowing global economy and increasing trade tensions, but is also a stark reminder of the impact of the political turmoil and lingering unwanted prospect of no-deal exit – the economic consequences of which would be extensive. The BCC is therefore calling on government to do everything in its power to come to a negotiated solution with the EU and to take urgent steps to incentivise investment and boost business confidence.

Commenting on the forecast, Suren Thiru, Head of Economics at the British Chambers of Commerce, said:

“Our latest outlook indicates that the UK economy is set to stumble down an ever more sluggish growth path over the near term, unless decisive action is taken.

“The prolonged nature of the Brexit uncertainty, including the still real risk of a no-deal exit, together with a deterioration in global economic conditions are expected to weigh on investment, trade and productivity – important determinants of economic growth. The deteriorating outlook for productivity is a particular worry as it limits sustained wage growth, living standards and the UK’s longer-term growth potential.

“The continued pressure on business activity and cashflow from historically high stockpiling, loss of business, and costly contingency planning is expected to limit the extent to which economic activity is able to rebound over the near term. Set against this, UK GDP growth will be supported in part by resilient household consumption and stronger government spending. Bold public spending commitments where the overriding objective is stronger growth and productivity can help support the UK economy at a time of significant change.

“The risks to the outlook for the UK economy remained skewed to the downside. A messy and disorderly departure from the EU would palpably increase the likelihood of the UK economy slipping into a marked downturn, particularly given the lack of actionable information that businesses need to help mitigate some of the impacts of a disorderly exit.”

Responding to the forecast, Adam Marshall, Director General of the British Chambers of Commerce, added:

“Our latest forecast shows a number of warning lights are flashing for the UK economy, even if we are able to avoid a messy and disorderly exit from the EU in just a few weeks’ time.

“There’s no dancing round the fact that Brexit uncertainty has hit business investment hard. In addition to reaching a negotiated settlement with the EU, the government should be preparing big new incentives for business investment in the UK, and should reconfirm its unconditional backing for the big infrastructure projects our economy needs to unlock growth.

“Amidst a slowing global economy and continued political uncertainty, the UK government needs to use the autumn Budget to back infrastructure, help businesses train and re-skill more people, and cut the high up-front costs of doing business in the UK.”

Key points in the forecast: