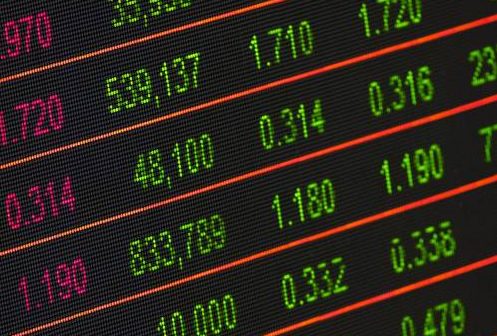 The British Chambers of Commerce’s Quarterly Economic Survey – the largest private sector survey of business sentiment and a leading indicator of UK GDP growth, closely watched by policymakers including the Bank of England – finds that underlying economic conditions remained stagnant in the second quarter of 2019.

The latest results from the survey of over 6,800 businesses – employing around 1.2 million people – points to the impact that relentless Brexit uncertainty, rising business costs and tougher global trading conditions are having on the UK economy, with service sector output subdued and indicators of manufacturing activity deteriorating.

The services sector saw a slight increase in the balance of companies reporting higher domestic sales and orders, as well as export sales and orders. However, the uptick in activity was not enough to outweigh the significant drop in these indicators in the first quarter ahead of the original Brexit deadline in March and so all remain very weak by historical standards.

The balance of firms expecting prices to rise has fallen to its lowest level in three years across both sectors, with the majority anticipating no change in their prices. Although the balance of firms reporting improved cash flow picked up in the quarter, it remains low by historic standards, which is concerning as cashflow is a key indicator of financial health. 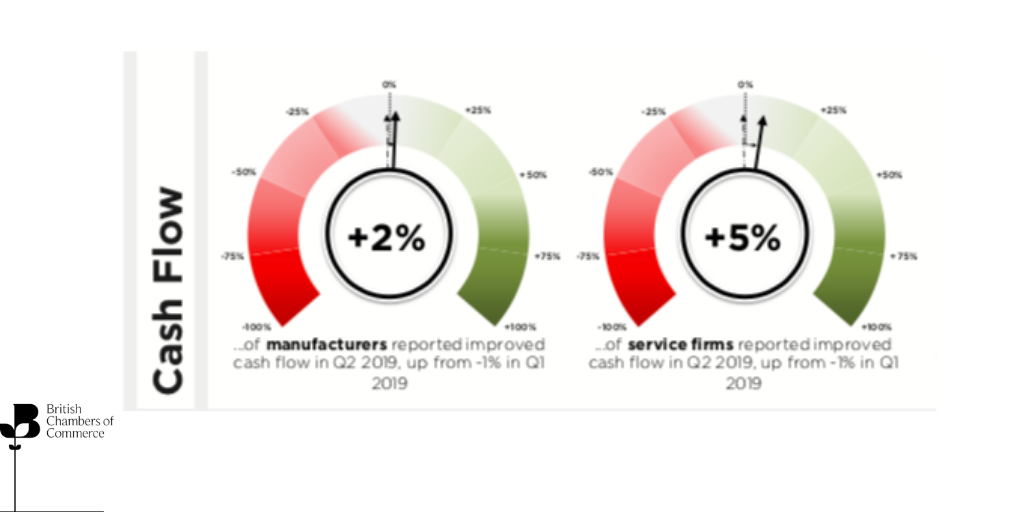 With growth in the UK economy subdued, and the evidence suggesting that business investment and decision-making are in limbo ahead of the October 31st Brexit deadline, the focus must be on avoiding a messy and disorderly exit from the EU and removing barriers to growth in the domestic environment. The leading business group is calling on the Prime Ministerial candidates to outline their plans for addressing the high cumulative costs of doing business, delivering major infrastructure projects, and making the skills system work for business.

“These results indicate that underlying economic conditions in the UK remain decidedly downbeat, with intensifying uncertainty over Brexit, the rising costs of doing business in the UK and a sluggish global economy combining to suppress key drivers of growth.

“The manufacturing sector endured a challenging quarter with the downward pressure from the running down of excess stock, tougher global trading conditions and rising upfront costs driving a deterioration in a number of the key indicators. While there was a modest recovery in service sector activity, the improvement was insufficient to negate the significant slowdown recorded in the previous quarter and so, together with a weakening in manufacturing sector output, points to minimal GDP growth in the second quarter of 2019.

“The overall easing in inflation expectations in the quarter suggests that consumer price growth will remain muted over the near term. This is welcome news for household finances and leaves the MPC with more than enough leeway to keep interest rates steady over the medium term.”

“Over the last three months, the Brexit ‘pressure valve’ has loosened a little for some firms, but the overall picture is still one of an economy in stasis. Many businesses and investors will continue to put off major decisions through the summer, hoping for a breakthrough in the Westminster impasse before the Brexit deadline on October 31st.

“The next Prime Minister must take swift and tangible steps to inject momentum and confidence into the UK economy. Businesses want to see concrete and deliverable plans to tackle barriers to growth here at home, avoid a messy and disorderly Brexit, and restore the UK’s global reputation as a place to invest and trade.

“To boost and incentivise investment, our business communities are looking for a bold growth agenda here at home. The next government must hit the ground running and introduce measures to reduce the upfront cost of doing business, deliver major infrastructure projects, and unblock the arteries of Britain’s skills and immigration systems.”

Richard Sheehan, Shropshire Chamber Chief Executive, commented: “In a world where much of the data that is referred to is historical we are proud that we have the most up to date real-time local data available through our QES. Not only do we have records for comparison back to 2009 but we are able to bench mark the counties performance against the national business landscape. Our economic survey results support our policy work and allow us to inform key decision and policy makers of the needs and desires of Shropshire businesses.”