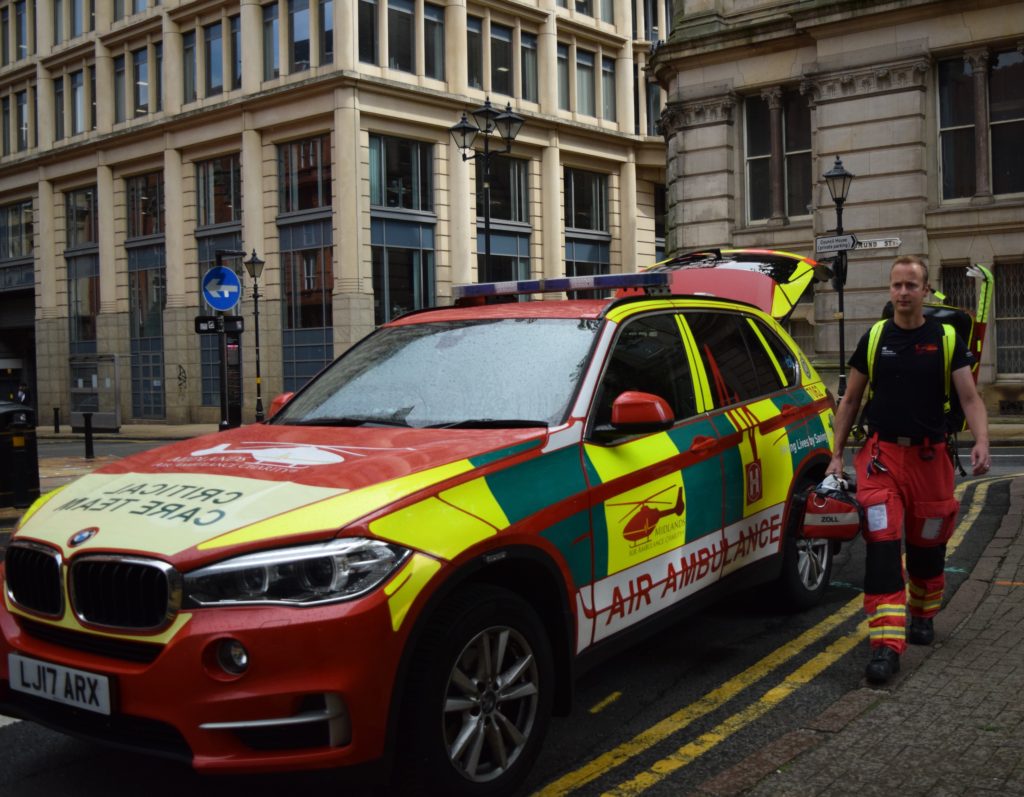 The lifesaving work of Midlands Air Ambulance Charity’s crew will feature on your TV screens as the hit show Ambulance: Code Red returns to 5Star, the first episode is due to air on Thursday 14th January 2021 at 9pm.

Ambulance: Code Red will continue to follow the rapid response, pre-hospital emergency crew of Midlands Air Ambulance Charity as it responds to critically ill and injured patients across the Midlands region. Each episode will focus on the charity’s critical care provision in partnership with West Midlands Ambulance Service as crews of both organisations work together to save lives.

Ian Roberts, air operations manager for Midlands Air Ambulance Charity, states: “We are extremely proud of the success that the first part of the series received back in summer, last year.

“We are delighted the critical care team feature again in the second part of the Ambulance: Code Red series and hope that we receive just as much positive feedback as we did the first time.

“As a charity which relies on public donations, it’s vitally important that we raise awareness of our advanced emergency service and featuring in this series will give the public and insight into the lifesaving work we do.

“The programme will highlight the vital intervention our aircrew can deliver on the scene to support land ambulance crews, and the positive impact this care can have on patients’ outcomes.”

To find out more about the programme and to meet some of the stars, why not visit: channel5.com/show/trauma-code-red

Find out more about Midlands Air Ambulance Charity at midlandsairambulance.com and more information on West Midlands Ambulance Service is available at wmas.nhs.uk or follow both organisations on social media.