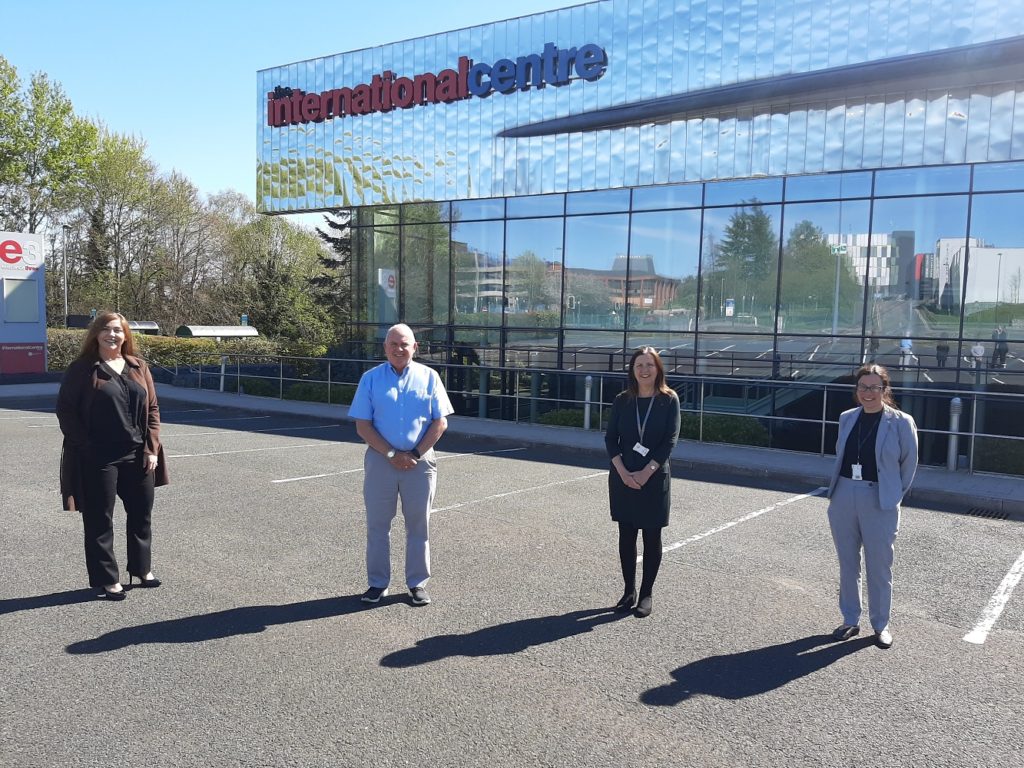 Shropshire Chamber of Commerce’s annual business awards will be held on November 26 this year.

Preparations are already under way to make the 21st anniversary of the showpiece event a spectacular celebration.

Officials from the Chamber have met with the team at Telford’s International Centre to put initial plans in place for the event – subject to lockdown and social distancing rules having been lifted.

Richard Sheehan, the Chamber’s chief executive, said: “Last year we had no alternative but to turn the awards into a virtual event and live stream it, due to Covid lockdown rules.

“No-one knows precisely how this year is going to pan out, but we are hopeful that we will be able to welcome the business community back to the event’s spiritual home this year for a celebratory get-together.

“After what many businesses have had to endure over the past year, it’s more important than ever to recognise the creativity, resilience and excellence of companies across Shropshire.

“I can assure everyone that, one way or another, we will be celebrating the achievements of our business community on November 26 – so save the date.”

The Chamber confirmed it would be looking to make changes to many of the categories, and rewrite criteria this year in recognition of the shift in priorities since the first Covid-19 lockdown.

But many of the event’s traditionally popular categories, such as Company of the Year, Best New Business, Best Small Business, and Outstanding Customer Service, will remain.

Mr Sheehan added: “Through our own research, we are aware that business confidence is still very mixed – some are happy to start attending events again, some have mixed feelings, and some feel it is too soon.

“But we are rolling out a series of pilot events over the next few weeks, so the picture will soon become much clearer.”

Oswestry alarm maker Aico won the showpiece Company of the Year award at last year’s event – one of three titles it lifted on a night which was live streamed from the Yarrington studios in Shrewsbury.

For more details about the Chamber’s plans for the 2021 awards – including details of potential sponsorship packages, email awards@shropshire-chamber.co.uk