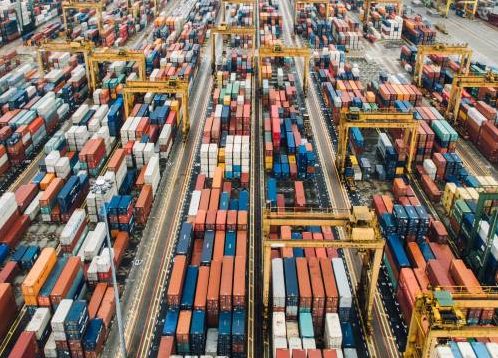 There has been a lot of talk recently from government departments and business and trade organisations, such as ourselves at the British Chambers of Commerce, about the importance of traders requiring an EORI number.

Many companies that trade exclusively with the European Union at present may not know what they need to do or why it is important.

In the unwanted no deal scenario, UK firms will need to have taken a number of steps to maintain continuity of trade.

The first thing all traders will need is an Economic Operation Registration Identification (EORI).

This is a 12-digit number that will start with GB, and if you’re registered for VAT will include your VAT registration number.

This is needed so firms can continue to import or export goods to the EU or rest of the world in a no deal, and so they can apply for authorisations that will make customs processes easier.

Awareness and take-up of these numbers from HMRC had been disappointingly low which is why the BCC campaigned government for so long to automatically issue all VAT-registered firms with a number. With just weeks to go until the October 31st deadline, the Treasury has finally taken this sensible, but long overdue, decision.

This will help ease the burden on those firms trying to prepare, but it’s just the first step for traders to be day one ready. There are also thousands of businesses that are not currently VAT registered that will not be automatically issued and still need to register themselves.

Will a UK EORI number be valid after Brexit?

A number of Chamber members have seen information online which they understood to mean that UK EORI numbers will not be valid after midnight on October 31st. This has been the cause of some confusion, and I’ll try and clarify here the difference between an UK and EU EORI.

The key thing here is where the economic operator is conducting its business from.

If a company is based in the UK and exporting from or importing to the UK, then they should follow the HMRC guidance for applying for a UK EORI number. In a no deal scenario, their customs declarations and trade simplifications will be done via HMRC and not any third country, such as an EU27 member state. This will be the situation for the vast majority of businesses making declarations in the UK, and valid in any Brexit scenario and essential for firms looking to maintain trade with the EU.

However, only if an entity is conducting business from an EU27 country then an EU EORI number may need to be used, as required, in all communications with any customs authorities in a Member State. This is also relevant for businesses based in the UK intending to make import/export declarations from within the EU27 after separation.

So, for businesses based in the UK, applying for a UK EORI number is a must and will allow them to continue trading with the EU after Brexit. HMRC will no longer accept non-UK EORIs so any firm that currently holds one must now register for a UK number.

It’s simple and free to register, and we encourage all firms to take this necessary first step to ensure they avoid major disruption to their trade flows after Brexit.

Suren Thiru, Head of Economics and Trade at the British Chambers of Commerce