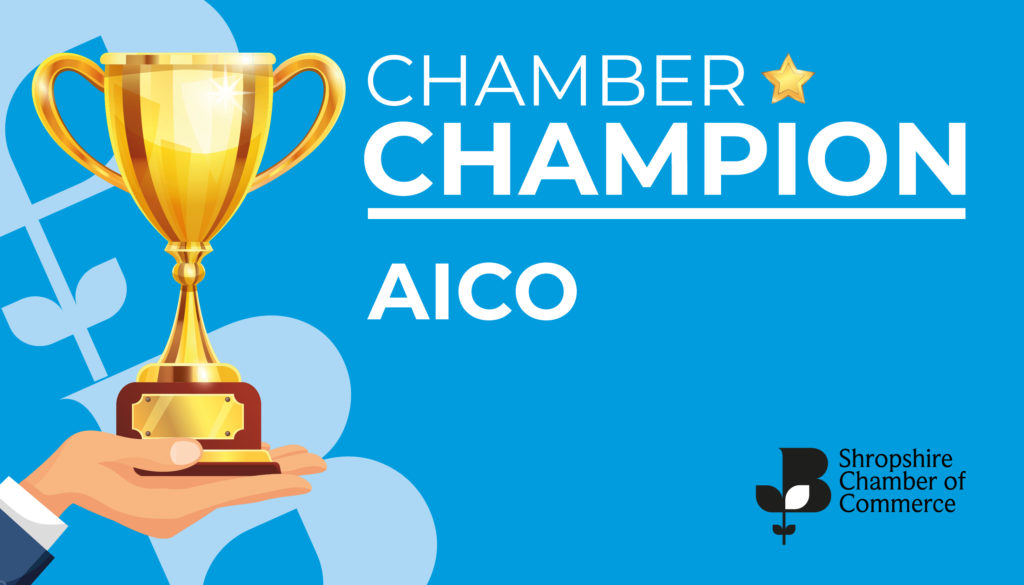 AICO have been nominated as a Chamber Champion for their generosity in assisting the Shrewsbury and Telford NHS Trust.

The Stores and Distribution Centre at the Royal Shrewsbury Hospital had drafted in two HGV trailers to act as a temporary storage solution for their hospital wards. The items in storage were stacked on pallets and unfortunately the forklift truck that they would use to move the items had a minor accident and the repair work for it was estimated to take a fortnight.

Alexander asked if there was anyone out in the community that would be able to lend a forklift until theirs was repaired as the staff were having to handball all the items off the trailers to ensure a consistent flow of vital supplies across the two hospitals.

Teresa set to work calling and emailing her contacts, the majority of which only had 1 forklift and it was in use, but after only a short while, Neal Hooper, Managing Director at Aico and Lee Duffy the Operations Manager came to the rescue. Lee had found a forklift truck to hire from GFL in Oswestry and Neal very generously offered to pay for it.

Teresa was delighted to be able to let Alexander know that a forklift truck would be on its way to them.

Teresa said: “I was absolutely overwhelmed by the generosity of Patron member, Aico and could not wait to let Alexander know we had managed to source a company within the hour of his request. Knowing we had assisted and were able to help Shrewsbury and Telford NHS Trust fills me with great pride.”

Read about other Chamber Champions HERE