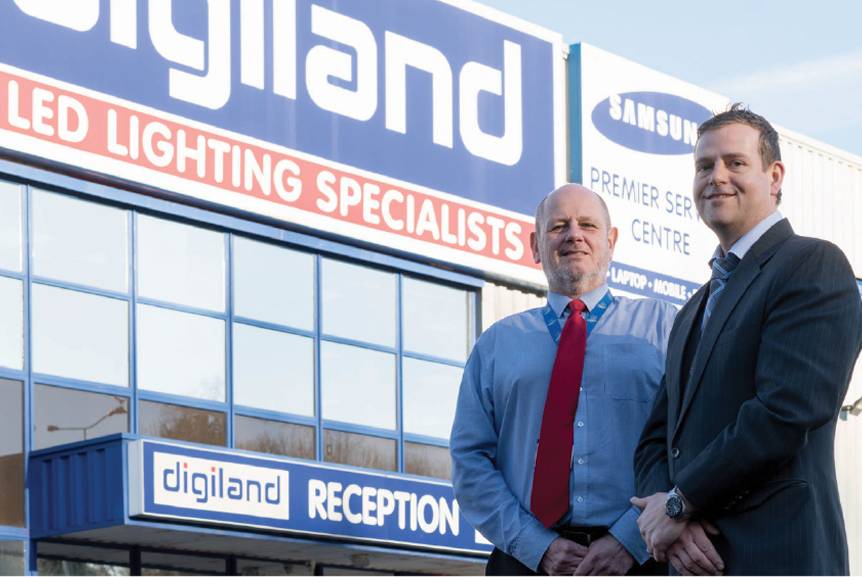 Digiland is housed in a converted warehouse unit. The offices got very hot in summer and cold in winter. The ageing air conditioning units were inefficient and used the R22 refrigerant, which has now been banned.

Although they had a gas fired boiler, there was a heavy reliance on electric heaters to keep the building warm, which meant that energy bills were high.

“Our accountant told us about the Business Energy Efficiency Programme, so I contacted Worcestershire County Council and completed an assessment registration form,” explains David Baxter, the Business Development Manager of Digiland. The Business Energy Efficiency Programme (BEEP) team then worked with Digiland, a process which included a visit from an energy assessor from the Chamber of Commerce who produced a free energy efficiency report detailing recommended improvements and savings.

“We decided to undertake all of the recommendations in the report so we got quotes and completed the BEEP grant application form,” says David. 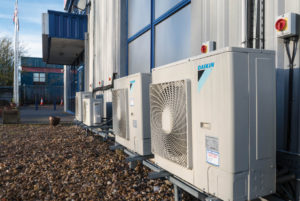 Digiland’s grant application was successful, and contractors were brought in to begin work on the improvements. Using the grant money, Digiland was able to replace its ageing air conditioning units with ones renowned for their reliability and with a long warranty. The money also funded insulation in the roof voids above the grid matrix ceilings.

Since Digiland specialises in LED lighting, it had already converted the building to make use of the lights it sells. Based on advice from the BEEP report, the business fitted motion sensors to each of the bay lights as the warehouse wasn’t regularly occupied.

“Following the report we launched a staff education programme to make the staff think about not wasting energy unnecessarily and we are also closely monitoring our energy consumption.  We also fitted auto close mechanisms to some of the doors and added rubber strip draught excluders,” says David. The work was completed by the end of the summer and Digiland received the grant money shortly after the final sign-off.

As a result of working with BEEP – which is run by Worcestershire County Council – Digiland now has annual predicted energy savings of £10,000 and has reduced greenhouse gas emissions by 45 tonnes a year.  The working environment has greatly improved for the staff, creating a happier workforce and increased productivity.