he BCC has called for government to extend skills training as new research showed nearly 1 in 5 companies are considering staff redundancies as the next phase of furlough tapering begins.

With older workers much more likely to still be on furlough, there is concern that they could go unutilised unless support for retraining is immediately put in place.

The survey, carried out by BCC, asked over 250 businesses with employees still on furlough what their response might be to employers' contributions to the scheme rising to 20% from August 1; nearly 1 in 5 (18%) said they would make staff redundant.

See below graph for full results: 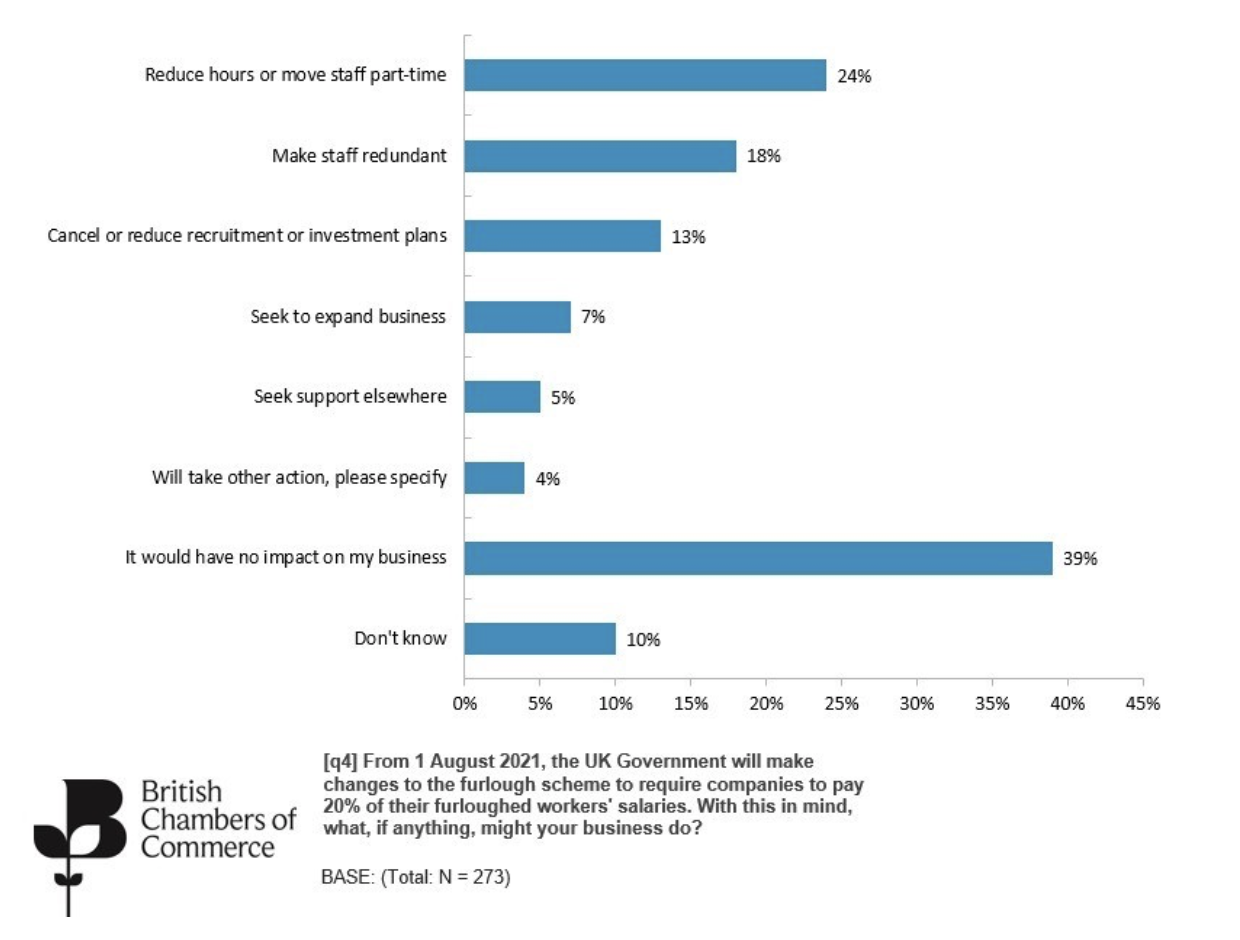 The BCC survey comes after HMRC data released earlier this week showed older workers were far more likely to remain furloughed than younger ones, raising concerns about what plans are in place to re-skill those who are left without jobs as the scheme winds down – with skills shortages continuing to bite across the UK labour market.

Jane Gratton, Head of People Policy at the British Chambers of Commerce, said:

“Today’s changes to the furlough scheme will likely result in many thousands of people being released back into the labour market, as employers who are still struggling to recover from the recession are forced to make redundancies and cuts to working hours.

“With widespread skills shortages across the economy, some will find new jobs where their skills are in demand, while others will need to retrain for opportunities in a different sector.

“Whether furloughed workers are returning to the workplace or the wider labour market, it is crucial that employers and the government give them the support and training they need to be re-engaged and productive. Alongside rapid retraining opportunities, government should extend the Kickstart scheme into 2022, and expand it to enable older workers to gain new skills and experience.”