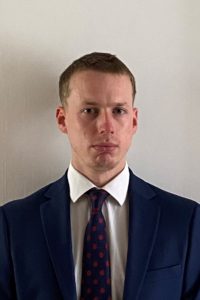 Shropshire Chamber of Commerce has said a big thank-you to the local business community for ‘going the extra mile’ to provide children with free meals during half term.

Fergus Hamilton-Collard, the Chamber’s policy officer, said: “It has been fabulous to see so many companies – including many Chamber members – taking the initiative.

“The way in which these organisations are going the extra mile to support hungry children through the half term break is making a big difference in their time of need.

“We want to let these businesses know that their efforts are being recognised, and appreciated.”

Many Shropshire Chamber members have signed up to the campaign, spurred on by the efforts of Manchester United and England football star Marcus Rashford.

They include Ironbridge Interiors, Green Fields of Donnington, Bowring Park Café in Wellington, and Summer House Interiors in Shrewsbury.

Fergus said: “Food poverty affects millions of young people in the UK every day, and earlier this year a YouGov poll commissioned by the Food Foundation suggested that around 2.4 million children are living in food-insecure households.

“Spurred on by the efforts of Marcus Rashford, scores of businesses from across Shropshire have stepped up to support children during these difficult times.”