Shropshire businesses are continuing to recover from the depths of the Covid-19 pandemic, with some sectors now returning close to their pre-lockdown levels.

But significant challenges still remain for many companies, including a shortage of qualified staff, and growing pressure from the rising cost of raw materials.

These are some of the headline findings from the latest quarterly economic survey carried out by Shropshire Chamber of Commerce, covering the second quarter of the year.

The survey found that around a third of Shropshire businesses are now working at full capacity, compared with little more than 10% in the first months of the pandemic.

There are still signs of caution, however, with no signs of increased investment in either plant and machinery, or training.

And nearly three quarters of Shropshire businesses which responded to the survey said they were now coming under pressure from an increase in raw material prices.

Richard Sheehan, Shropshire Chamber’s chief executive, said: “When it comes to the greatest pressures on our businesses, competition still leads the way – just as it did before the pandemic.

“Inflation and taxation are the next greatest worries, while 40% of businesses now feel that Brexit has had a negative effect on their business.

“Business confidence levels continue to improve, however, with nearly two thirds of Shropshire employers predicting a rise in turnover during the coming year, and 45% expecting a rise in profitability too.

“We are certainly not out of the woods yet, though – far from it, in fact. Thousands of employees are still on furlough, so we have yet to see the full impact of the pandemic on the county’s employment market.”

The survey found that UK sales remained broadly the same across Shropshire as the previous quarter, with exports edging up.

Mr Sheehan said: “Although two thirds of businesses are still running below capacity, this is a much lower figure than the previous quarter, and the trend is clearly going in the right direction.

“Worryingly, though, one of the factors which seems to be holding back the speed of the Shropshire recovery is the fact that 60% of employers are now having issues finding the right staff.

“The most difficult to find were skilled and semi technical or manual staff, along with a lack of overseas workers which traditional fill many of the low skilled positions.”

Nationally, the survey shows that some key indicators, such as domestic sales and business confidence, displayed significant rises as Covid-19 restrictions eased.

However, it also showed steep rises in the number of firms, particularly manufacturers, expecting to raise prices, and in businesses citing inflation as a cause of concern.

Consumer services had the smallest proportion of firms reporting increased domestic sales the second quarter, followed by hotels and catering. 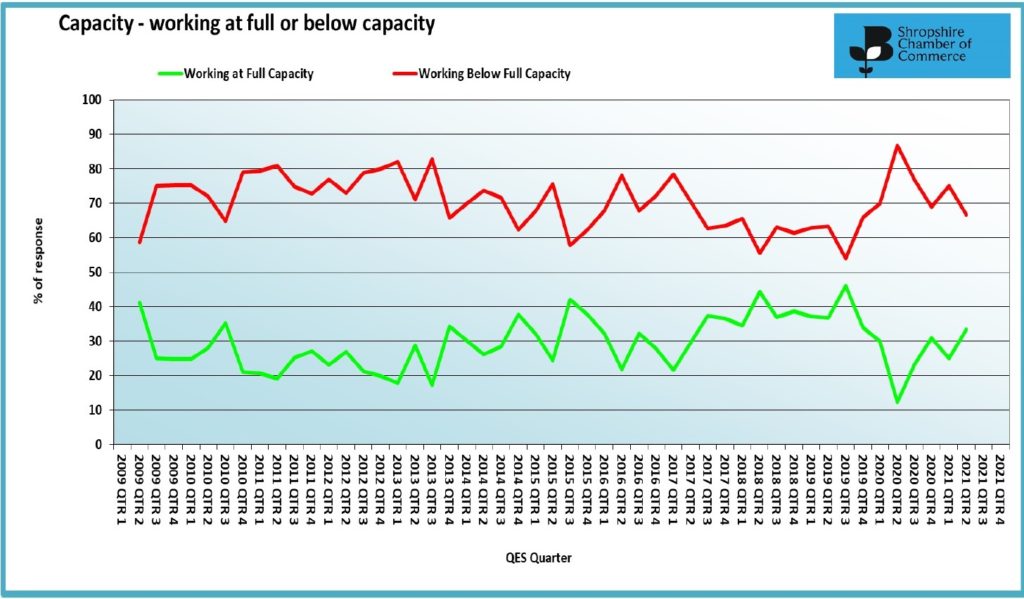 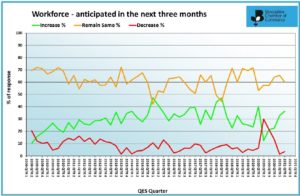 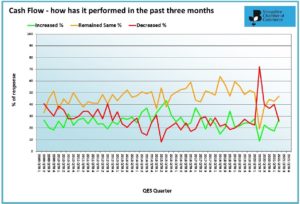